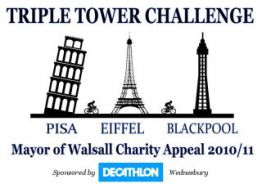 for the Mayor of Walsall's

April 25th - May 9th 2011, Glyn Marston took on a unique challenge and a first in the sport of cyclling- a challenge that will saw him cycle through four countries ( Italy, Switzerland, France and England) and visit three landmarks on his way.

The challenge was extremely demanding as it was but Glyn was called upon by the Mayor of Walsall to visit the French Town of Mulhouse that is twinned with Walsall which meant that Glyn had to tackle the Alps too.

This page is dedicated to extreme effort from Glyn Marston on this unique challenge that no-one else would even dare to take on, but then again, not everyone has Glyn's determination and stamina. 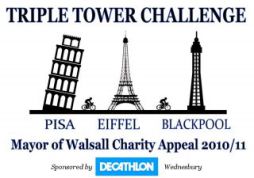 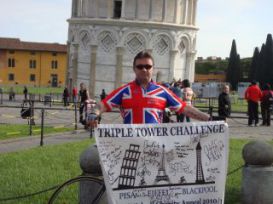 Starting at the Leaning tower of Pisa, Glyn was to set off on a journey of almost two thousands miles - a daunting task but an exciting one which will take in some wonderful views and places that many have not cycled before. Pisa is a city in Italy's Tuscany region best known for its iconic Leaning Tower. Already tilting when it was completed in 1372, the 56m white-marble cylinder is the bell tower of the Romanesque, striped-marble cathedral that rises next to it in the Piazza dei Miracoli. 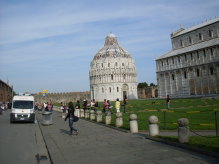 Glyn cycled away into the distance beginnng his 100 mile ride on the first day of his challenge- this route was to take him through the beautiful Viareggio, a seaside city in Tuscany, Italy, is known for its Carnival. La Cittadella is a complex housing the Carnival Museum, with small reproductions of the city’s allegorical floats. The Civic Museums of Villa Paolina display musical instruments from all over the world prehistoric artifacts an. To the southeast, in Torre del Lago, is Villa Puccini, a museum about the composer in his former lakeside residence. 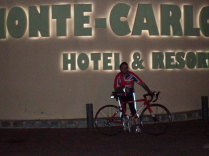 Glyn's route was to take him through La Spezia, a port city in Liguria, Italy. And then a beautiful but tough cycle ride to Genoa.
With the first day over and feeling tired, Glyn's excitement would not allow him to get to sleep easily and it was no surprise that he was awake earlier than expected the next day, so Glyn decided on a much earlier start of the day and headed for Monaco. 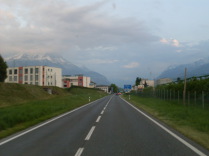 The journey was always going to be a tough one with the weather changing so much on different parts of the challenge.

After a tough climb up mountains, Glyn would be met with cloudy, cold and rainy weather and then cycle back into the 'sun' as he decented down the mountains again.

But this gruelling challenge was to be a challenge of beauty with the views becoming more and more stunning as the miles went on. Locals in many towns and cities that Glyn passed through became friends and followed Glyn on social media. 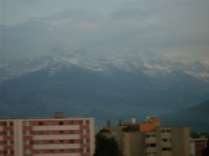 As if this challnge was not tough enough, Glyn ( being a huge fan of Queen) wanted to cycle to Montreux to visit the statue of his all time hero - 'FREDDIE MERCURY'.

Freddie's statue overlooks Lake Geneva and is part of the stunning scenery that surrounds the area- but to get there Glyn was tot ackle the most gruelling of hill climbs as he cycled up mountains and into Switzerland. 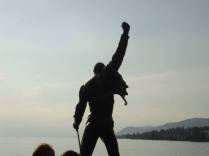 After reaching Montreux and Freddie's statue, Glyn was not resting his legs and set off toward Paris and with being many hours behind schedule due to his diversion - Glyn had a lot of time to make which was to include longer and harder cycling.

A few days of 14 - 18 hours of cycling was to follow to allow Glyn to get back on schedule for his challenge. 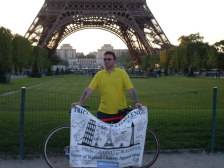 After working harder to get back on track, Glyn reached Paris and the Eiffel tower and after taking in the sights he was now going over his route to Dieppe and then Blackpool tower.

From experience of running from Paris to London, Glyn knew that the route ahead was fairly flat in comparision to the roads he had ridden before reaching Paris and therefore worked out a schedule to ride "economically but effective" to allow his legs to rest while on the move. 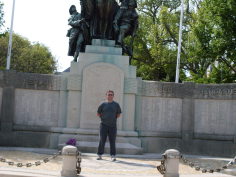 After reaching Dieppe a few hours ahead of schedule Glyn was to wait for over three hours for the ferry to Newhaven which was to be a four hour journey across the channel.

Taking in the sights and doing some shopping - along with having a fuel stop at a restaurant was to pass the time and Glyn was bound for 'Dear old blighty'. 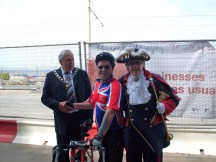 On his English part of the journey, Glyn was to get a phone call from the management of Blackpool tower with some wonderful news.

The Mayor of Blackpool had been contacted by Walsall Mayor's office to request a civic reception for Glyn and his support team but unaware that Sky tv had commissioned a documentary about Blackpool and the production team wanted to include Glyn's Triple tower challenge as part of the filming - making the finish even more epic. 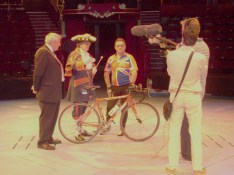 How thrilled was Glyn to have reached the finish of this gruelling challenge but that thrill was even more higher when he was greeted by Town crier, Mayor and a tv film crew.

The management and staff of Blackpool tower were to arrange a wonderful reception and allowed the TV crew's request of filming Glyn cycling around the big top circus ring which makes Glyn ( apart from the clowns and unicyclists) to have done this.

Glyn Marston is the only person in the world to have taken on this challenge.

Glyn does visit Freddie Mercury's statue almost every year and takes his son (Liam)     with him - along with the Willenhall flag. 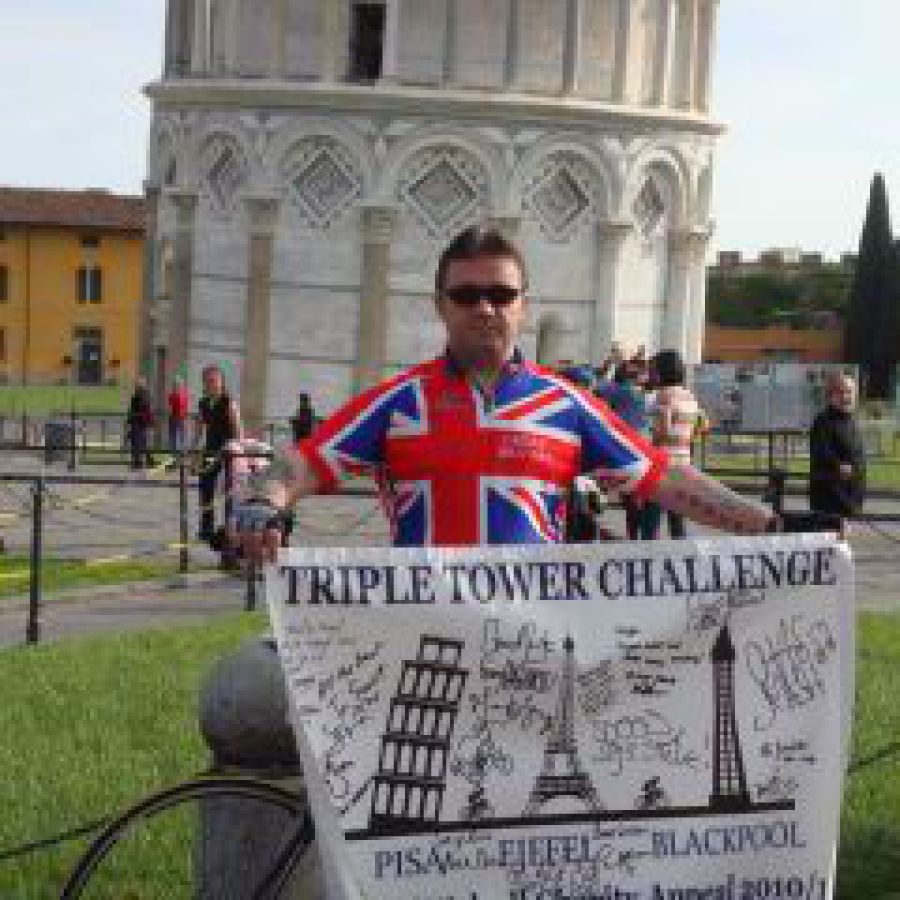 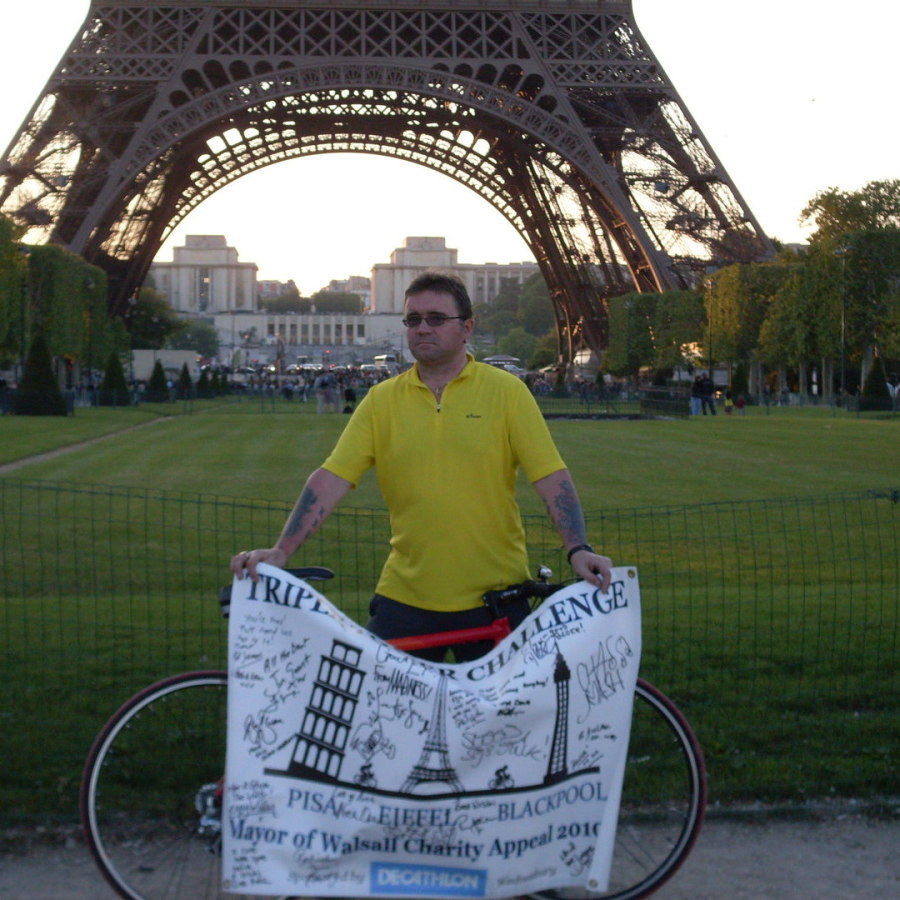 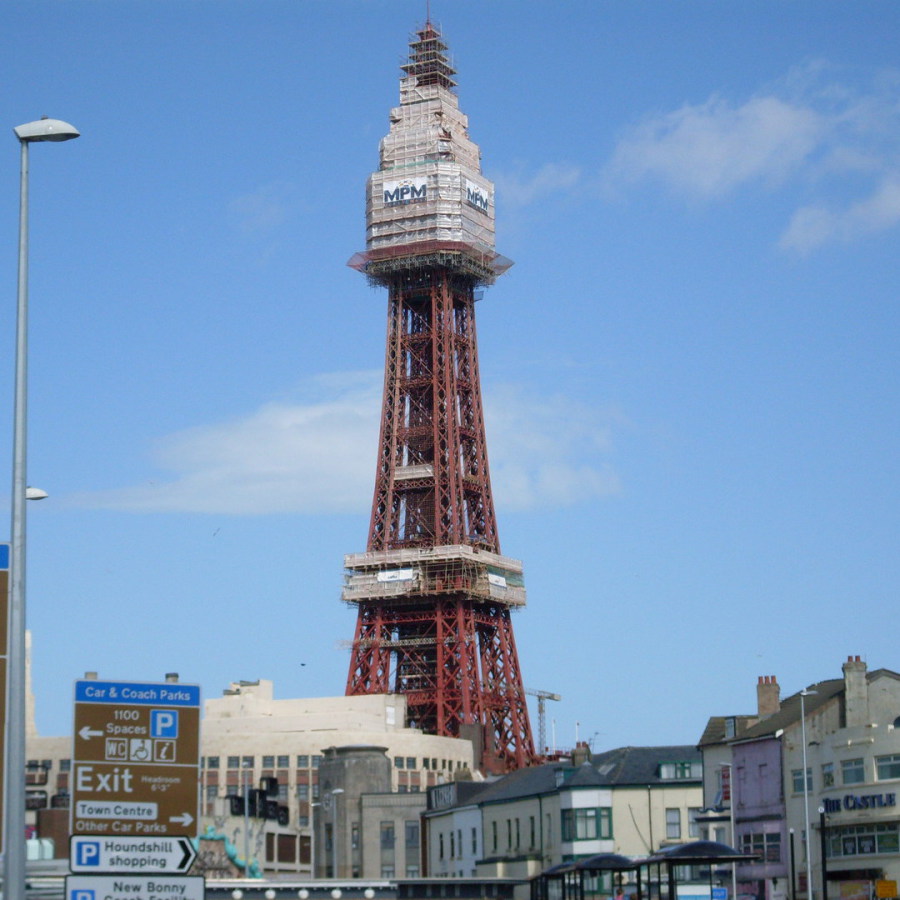 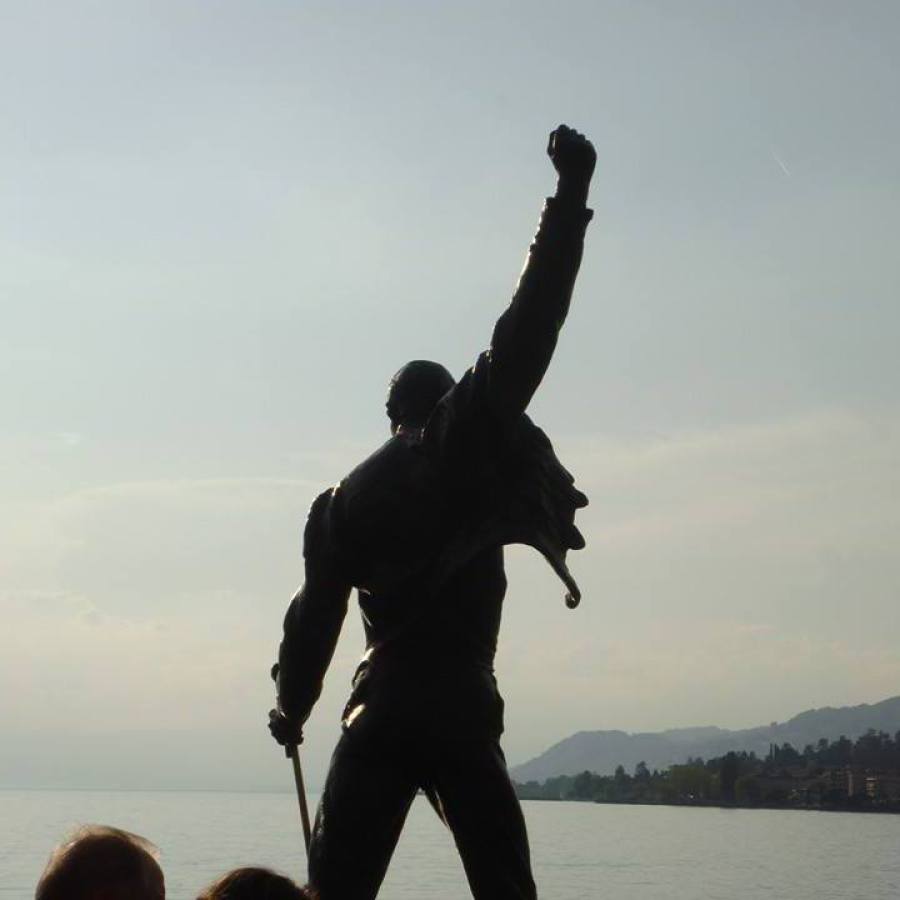 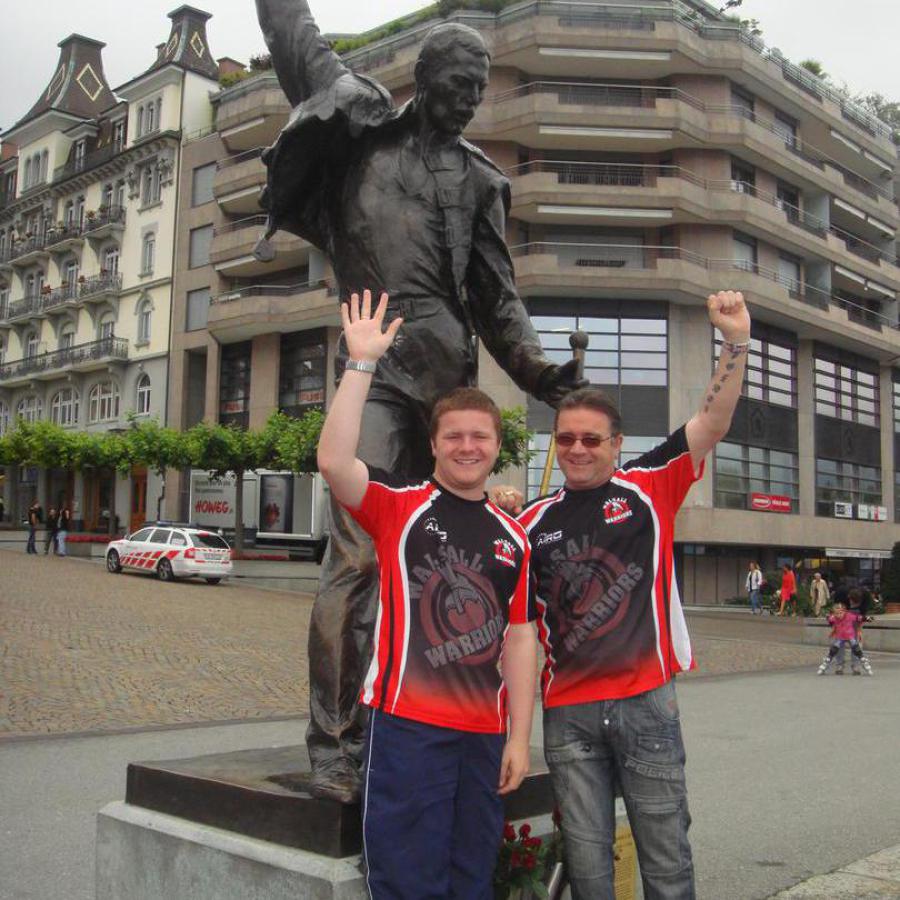 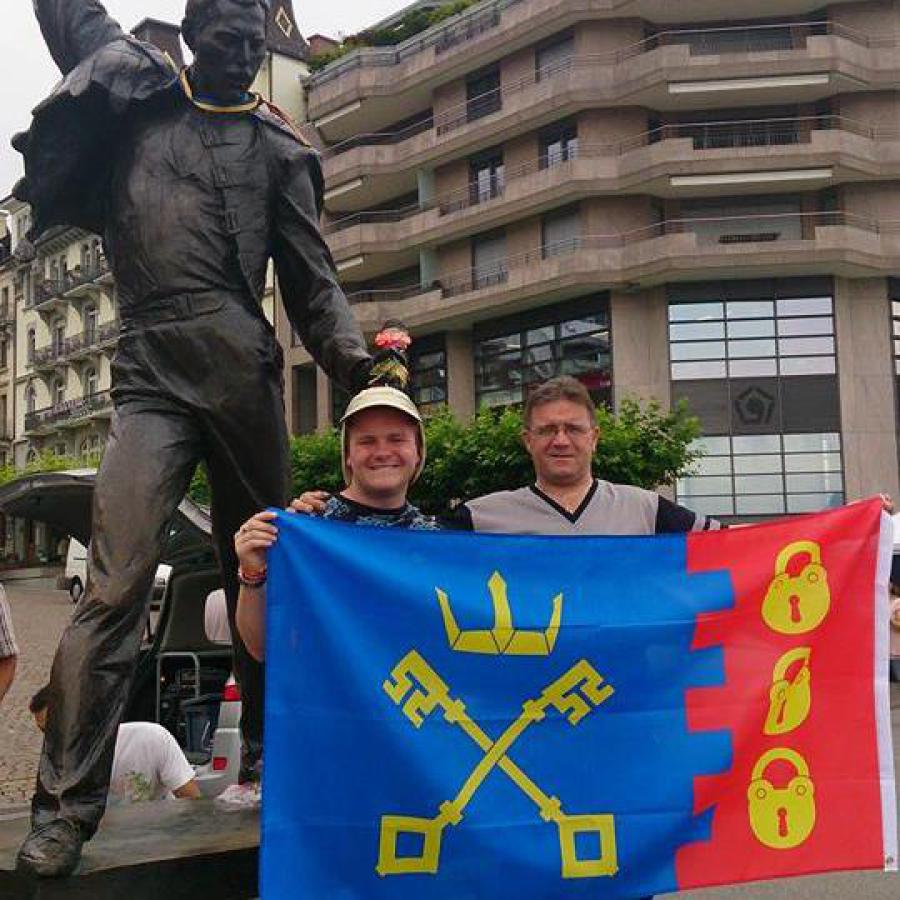